The purpose of this research was to: 1) understand the specific problems that rural school districts encountered during the pandemic; 2) learn how these districts responded to their unique challenges; and 3) identify the policies, practices, and resources that are needed for Pennsylvania rural schools to be better prepared for the next emergency that could close schools for an extended period.

Social Determinants of Health in the Age of COVID: Effects of Social Isolation Among Adults 62+ in Rural Pennsylvania 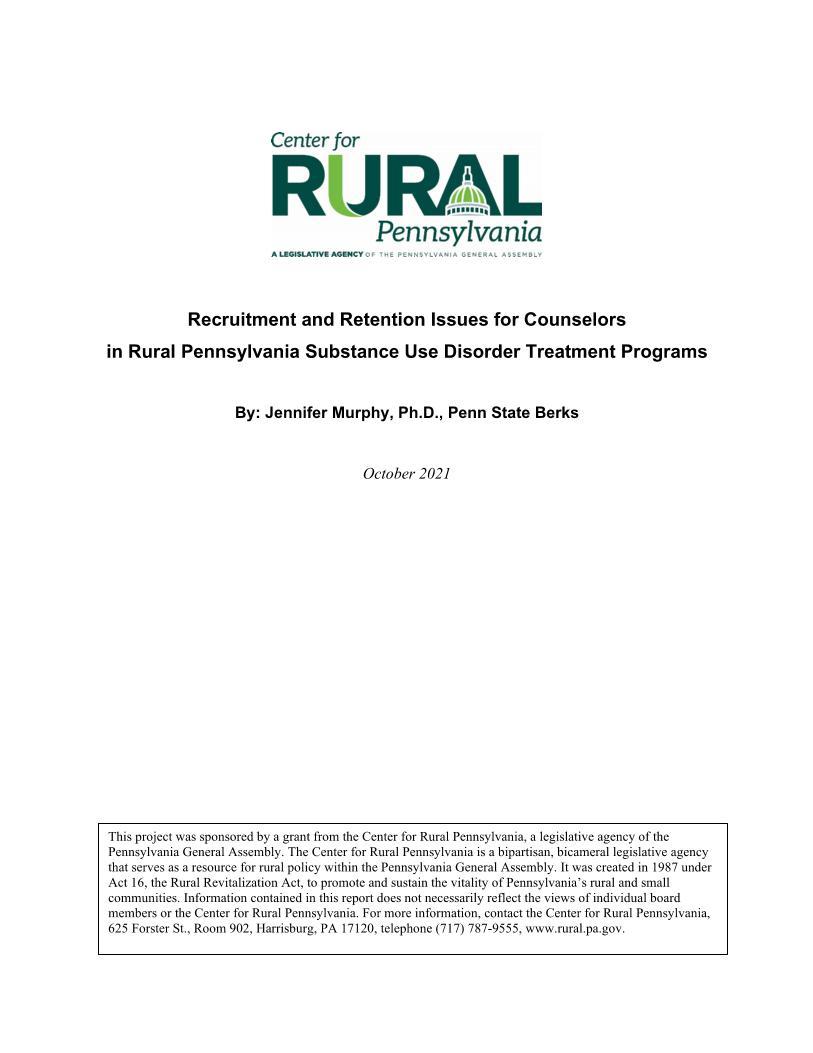 Recruiting high-quality counselors is a major problem for rural substance use disorder (SUD) treatment programs. Treatment program directors linked recruitment problems to low salaries, the rural location of the treatment facility, and the lack of adequate training in the SUD field. Emotional exhaustion was the strongest predictor of intent to quit. Low job satisfaction, poor management communication, and a high percentage of clients on medication-assisted treatment were also related to the intent to quit. 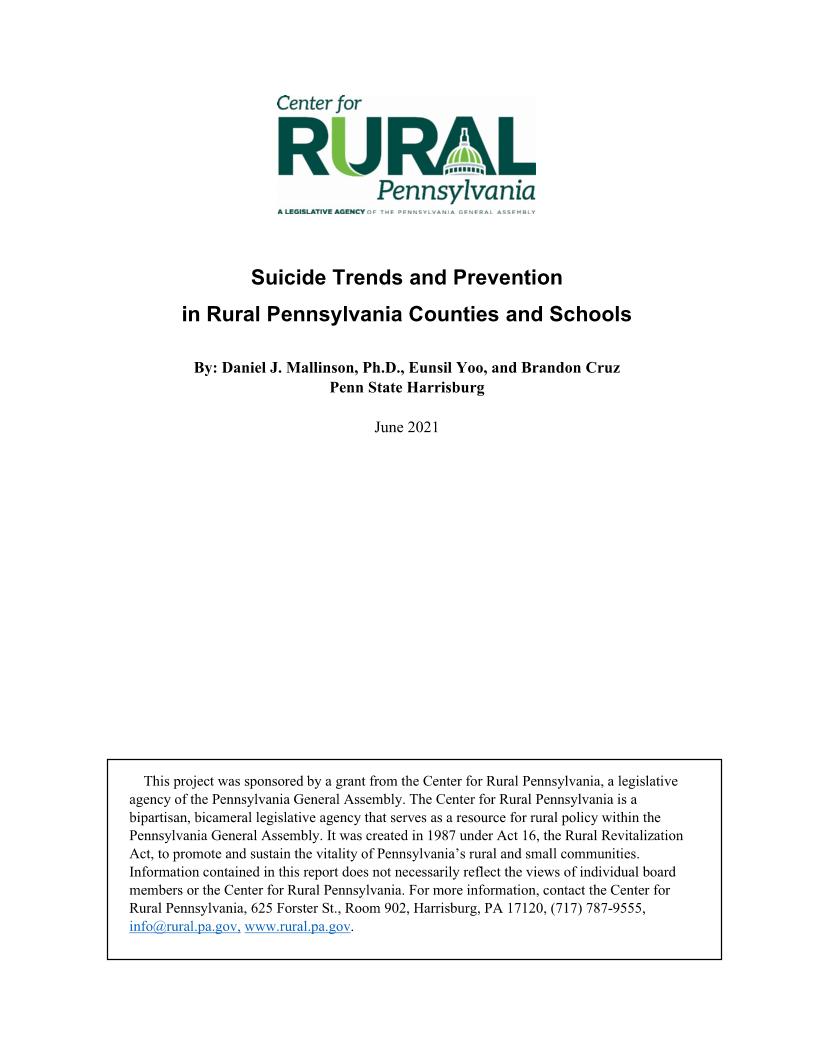 Suicide Trends and Prevention in Rural Pennsylvania Counties and Schools

This study examined the overall trends in suicide across Pennsylvania from 1990 to 2018, the suicide prevention programs currently used by counties, and the programs that are used in K - 12 school districts. Suicide rates have been increasing over the last decade. In 2018, the suicide rate in rural counties was 25 percent higher than in urban counties. Higher numbers of handgun sales, lower levels of education, lower incomes, larger populations over age 65, and higher unemployment correlate with higher rural suicide rates.

Introducing the Center's new journal, Rural Policy: The Research Bulletin of the Center for Rural Pennsylvania.